The South Dakota Lions Foundation is lead by a board of directors elected at the annual Lions State Convention.  The board consists of 6 members from Lions District 5SW and 6 members from Lions District 5SE.  Members serve 3 year terms and can be elected to serve two consecutive terms.  In addition, ten member - Lions or non-Lions - can be appointed to two-year terms on the board. 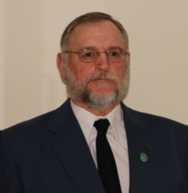 Lee Klocke, has been an active Lion since joining Feb 1989, has held numerous club positions , been Zone Chairman, and  held a few Cabinet positions. It is with great pleasure and pride to be a Lion and  to see the accomplishments of the Organization and its members living the motto "We Serve".  A Motto so small yet so powerful!  Lee has been married to Rose Ann for 30 years, together we have 3 daughter and son-in-laws, and 7 grandsons and 1 granddaughter. We have lived in 3 different states and returned to Huron in 2000 when Lee accepted a job with Sunbird, Inc. a company whose main business is bird food.

Bea Gifford served as District Governor for 5SW in 2018-19.  She is a charter member of the Evening Star Lions Club in Rapid City.  She has served as club president, zone chairperson, lion tamer, and assisted with a variety of fundraising events which benefited several charities within the Black Hills.  She is a Melvin Jones Fellow and was awarded the Lions of the year award by her club.  She is also a Guiding Lion.

When not participating in Lions activities, PDG Bea is working with several volunteer organizations and a variety of church related committees and functions.

Mick Breske was born and raised on a dairy farm until the 8th grade,  north of Webster SD, on the shores of Waubay Lake and the Waubay National Wildlife refuge.  Graduating from Waubay high in 1969.  Earning a BS in Psychology-Law Enforcement from the University of SD in May of 1973.  Spending a year with the Day County Sheriff, and then the next 14 years with the SD Highway Patrol. Following the SDHP the next 28 years were as an Agent for American Family Ins. In Vermillion SD.

Mick's life as a Lion started as the Charter President for the Parker Lions around 1980. (courtesy of the SFalls downtown club).  The state moved him to Ipswich for 5 years, where he served as the president of the Ipswich Lions Club.  He was finally moved to Vermillion in 1988.  He has served the Vermillion Lions Club as the President for 3 different terms, along with tailtwister, and different stints as a BOD and numerous duties as a fill in.

Mick’s other activities include being the Chapter Advisor for the Gamma Alpha Chapter of Beta Theta Pi at USD, (which means he usually has about 60 plus teenage sons!). He is currently the treasurer for the Vermillion Eagles and the Eagle Riders Group. In addition to these “activities”, Mick has a cabin on Enemy Swim Lake which gratefully has an additional family group associated with it.

Mick has been married to Cheryl since April of 1999. Between us there are 6 kids and numerous Grand and Great Grand kids, scattered over the US. He has always had a passion in his life to help others, to be a part of society that is helping all of mankind. 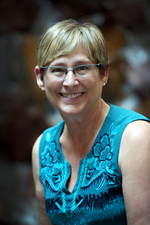 Jody Bymers has been a member of the Sioux Falls Downtown Lions Club since 2007 and for the past few years has served as the Club Treasurer.  She first joined the Lions Club Organization in Independence, Wisconsin in 2003.  In 2005 she moved to Aberdeen, SD and joined the Aberdeen Lions Club.  During her time with the Aberdeen Lions Club she obtained the Proud Lion Award and served as the Club President from July 2007 through October 2007 when she moved to Sioux Falls.

Lion Larry Buntrock was born in Los Angeles, California. His family moved back to South Dakota when he was 6 years old. While Larry lived in Corsica, South Dakota, he along with the late. PDG Red Beukelman started the Corsica Lions Club in 1981 which still exits today. Larry was the charter President of the Corsica Lions and also served as Club secretary. He also served as Zone 5 Chairman in 1982-83. PDG Red and Larry were the Guiding Lions for the Armour, South Dakota Lions Club in 1982. Larry has been a member of the Britton Lions Club since 1997. He has served as President and various other offices. He is currently the membership chairman. He served as Zone 1 Chairman in 2005-06.

Lester has been a member of the Ipswich Lions Club along with his wife Colleen since 2006. He has served the Ipswich Club as Treasurer, Vice President, and President. The Ipswich Lions Club provides concessions for all football, basketball, volleyball and track activities at Ipswich High School.  Lester and his wife live on a farm outside of Ipswich where they farm about 2,000 acres and raise wheat, corn and soybeans.

Roxy is a member of the Ipswich Lions Club and joined the foundation's board of directors in June 2021. 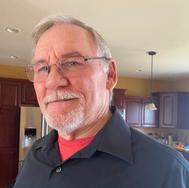 Bill Koehler joined the Watertown Lions Club in 2016, after retirement. He has enjoyed every aspect of the Lions from community service to fund Raising and the Kidsight program. Bill hopes to continue his service with the Lions for Years to come, he has been honored to work with some of the finest people in the lions community. 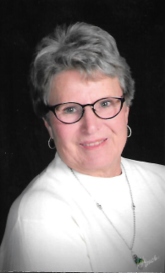 Geraldine Ray became a member of the Pierre/Ft. Pierre Lions Club in 2013.   She is also serving as Zone 7 Chair 2018 – 1019.  Geraldine earned the Proud Lion award, Lion of the Year award, Presidential Service Award, and International President Certificate of Appreciation.  She served as Co-chairperson for the 2016-2017 State Meeting.   Geraldine is involved in all aspects of club fund raising.  She has been instrumental in arranging and participating in KIDSIGHT screening events. FUN, FUN!! Geraldine has 2 children, 3 grandchildren, and 1 great-grandchild.  She worked for the State of S.D. for just short of 44 years.  She is a member of Faith Lutheran Evangelical Church, Pierre Chamber of Commerce, serving on Ambassador Committee, RSVP, and Prairie Potters Master Gardener Club.  She volunteers in the Reading Buddy program at 2 locations, conducts tours of the Capitol, and group tours of the Pierre area as requested.  Geraldine calls BINGO at a local nursing home every Monday, conducts a blood pressure clinic at a local retirement home once a month, and is a Greeter for the Capitol Christmas Tree display.  In her spare time (?), she is a Master Gardener and enjoys playing in the soil in her gardens and also assists in maintaining 2 flower beds in City Parks. 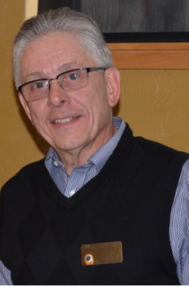 Lion Doug was born and raised in Arlington, SD.  He is a middle child, and has 2 brothers, one 3 years older and the other is 3 years younger.  He attended Arlington Public Schools and graduated from high school in 1966. Doug attended SDSU in Brookings, SD from 1966-1971 and graduated with a B.S. in Pharmacy. He would later earn a M.S.B.A from Boston University in 1977.  However, it was at SDSU he would meet the love of his life. Donna, a pretty nursing student, who he married in May of 1972.  They have 2 grown children and 4 grandchildren. Doug began his professional career as an Army Pharmacy Officer for four and a half years, and five and a half years as a civilian pharmacist for the Army and the V.A.  In 1982 he, Donna and their two young children moved from Aurora, CO to Rapid City, SD where they established The Medicine Shoppe Pharmacy. Doug and Donna joined Canyon Lake United Methodist church in 1982 where they have been active members ever since.  It was at that church that Doug and Donna would become friends with Dr. Ken and Bea Gifford. It was Lion Ken who sponsored Doug to become a Lion in 2003.  Doug would eventually serve as Vice District Governor for then District Governor Ken in 2008-2009.  Doug is proud to be a Lion, and is grateful for the opportunity to serve on the SD Lions Foundation. 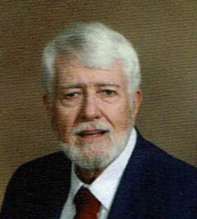 Lion Jim Treloar was born and raised in Madison, SD.  He is the oldest of five children of Virgil and Mary Treloar and, has two brothers and two sisters. Jim graduated from Madison High School in 1966.  After graduation from High School he attended DSU in Madison from 1966 -1970 and graduated in 1970 with a B.S.Ed. Degree. He was very active in numerous college activities and organizations including being Chairman of Homecoming and Senior Class President. Jim was a College Intern in the US Senate in 1969. He was President of the DSU Alumni Association three times, first time Gibb Master Plan tried to make major changes to DSC, second time DSC was attached to USD and became independent again, third time DSC changed Mission and Rolls which led to our current status as DSU. Jim was also very active in patrician politics at the local, district and state level.  After college he worked with family in Treloar Construction. After leaving Madison in 1984 he worked for SD Dept. of Social Services - Economic Assistance for 31 1/2 years, for 31 years, was in supervision/management, the last 12 of those years Jim served as Regional Manager southwestern SD Region II which included the Pine Ridge Reservation/Southern Black Hills. Jim retired in October of 2015 and moved to Rapid City and joined St. Therese the Little Flower Catholic Church, and he has been a member of the Knights of Columbus for 52 years. Jim joined the Rapid City Rushmore Lion’s Club in early 2016.  He will be Rushmore Club President in 2021-2022.  At present, he is Region Chairperson for SW5, second year as editor of the SD State Lion’s Directory, and first term SD Lion’s Foundation.  Jim has received the Rushmore Lion’s Club “Jack Moravec Memorial” Lion of the Year Award, and two International President’s Certificates of Appreciation.   Jim is also a Progressive Melvin Jones Lion’s Fellow.

Dave is the First Vice District Governor for District 5SE and is a member of the Rapid City Downtown Lions Club.

Dave is the First Vice District Governor for District 5SE and is a member of the Siouxrise Lions Club. 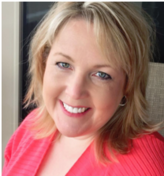 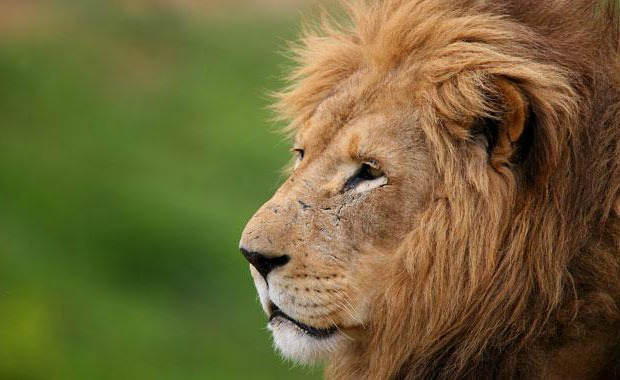